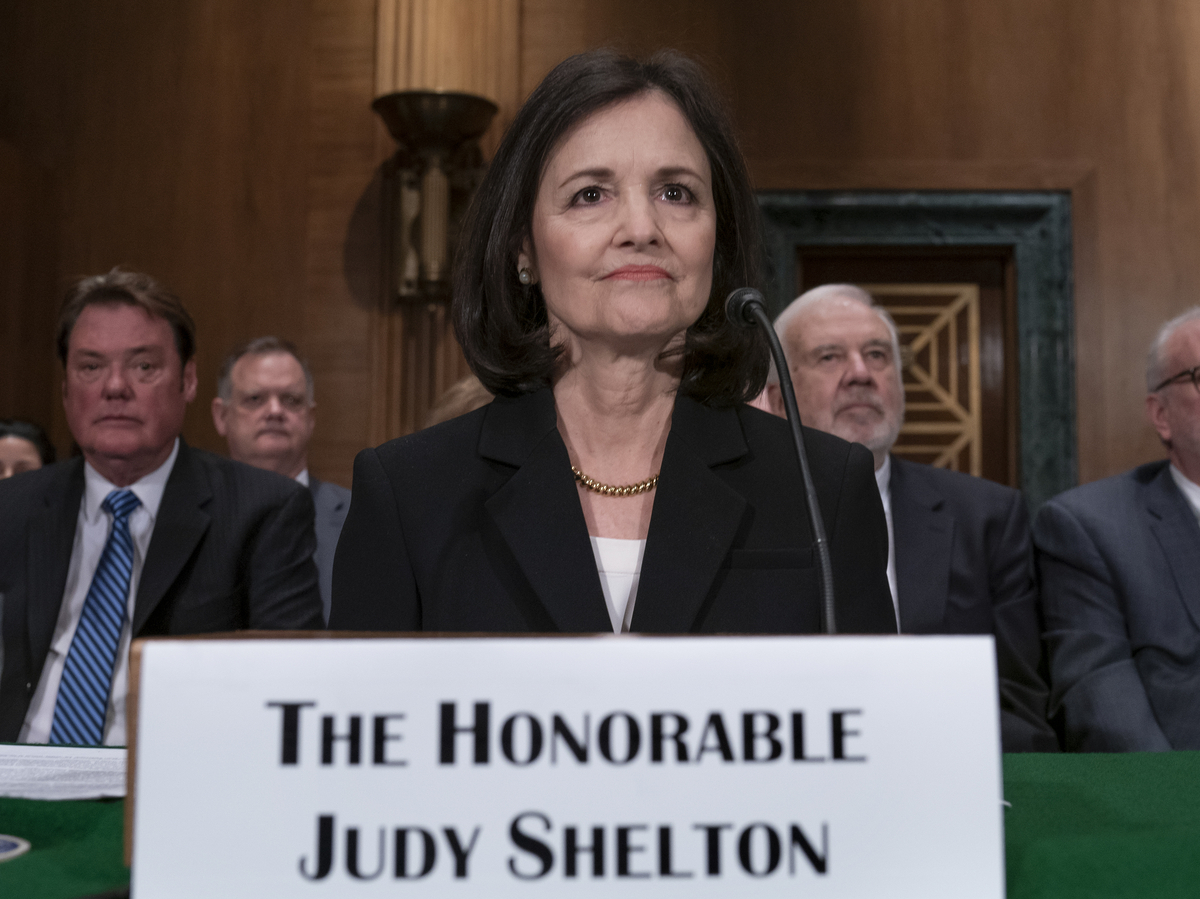 President Donald Trump’s nominee to the Federal Reserve, Judy Shelton, pictured in Feb. 2020, has said she supports the gold standard and questions the mission of the powerful central bank.

Judy Shelton’s nomination as a member of the Federal Reserve Board is stalled.

The Senate failed to advance President Trump’s controversial pick to the powerful central bank on Tuesday after Republicans Mitt Romney of Utah and Susan Collins of Maine joined the Senate’s Democrats in blocking Shelton’s appointment.

The 47-50 vote also came as Sens. Rick Scott, R-Fla., and Charles Grassley, R-Iowa, both supporters of Shelton, were absent from the chamber and unable to vote. They are quarantining in their respective homes because of exposure to the coronavirus.

Another blow to Shelton, who served as campaign advisor to Trump in 2016 and whose name was first floated for the position more than a year ago, was dealt by Vice President-elect Kamala Harris. The California senator returned to the chamber for the first time since winning the election to cast her vote against Shelton.

Shelton’s confirmation was expected to be contentious among the GOP because of her unconventional economic views that place her well outside the mainstream. In the past she questioned the very mission of the central bank. She has also expressed support for the gold standard, which would tie the dollar to physical gold — a move that would sharply limit the amount of money in circulation.

The attempt to advance her confirmation for a term that runs through 2024 comes as the Fed enters a critical stretch under President-elect Joe Biden, with key decisions to be made on how much support the central bank can continue to provide to U.S. markets during the coronavirus pandemic.

After the rebuff on Tuesday, Senate Majority Leader Mitch McConnell quickly laid the groundwork for another potential vote.

However, it’s unclear if the missing Sens. Scott and Grassley will be allowed to return this week, after their quarantines began only in recent days. That could push another attempt to take up the Shelton vote until after the Senate’s Thanksgiving recess.

But even then the GOP may not have enough votes to overcome the deficit seen on Tuesday. South Dakota Sen. John Thune, the chamber’s majority whip, said it’s unclear if Republicans’ majority in the chamber could shrink by the time they return. Arizona Democratic Sen.-elect Mark Kelly could replace Republican Sen. Martha McSally after the recess, Thune noted. Arizona is expected to certify the results of the special election by then.

“There is is a little bit of a complicated factor there with the Arizona seat,” Thune told a Capitol Hill pool reporter on Tuesday.

We provide you with the latest breaking news and videos straight from the entertainment industry.